Makgeolli Margarita is a fun Korean Mexican fusion drink that is made with Korean rice wine Makgeolli and Tequila. It is really refreshing, milky and mildly sweet. A fabulous drink for the summer!

Makgeolli Margarita is a drink I had several years ago at a famous Korean Mexican fusion restaurant called Vatos in Seoul. They called it Mageollita and I ordered it and was blown away by how delicious it was. Since then, I have always wanted to make one at home, but I felt I really didn’t have enough cocktail-making skills to attempt such a drink.

But you know.. the last 2+ years of the pandemic changed all that.. 😝😜

Like many who had to stay home and had to find a way to entertain themselves, I started making different cocktails at home for the first time! Costco was selling a great cocktail mixer set and then I was off!!

And I have to say I am thrilled how this came out! I am so excited to share this recipe now and look forward to seeing all of you enjoy this wonderful drink this summer!

Makgeolli is a Korean Rice Wine that was typically made at home in the old days by fermenting sweet or regular white rice in water with a unique Korean wild yeast called Nuruk. It’s milky, mildly sweet, and sour with a hint of banana. One could say it has a slightly chalky texture with even very slightly bitter tastes in some cases. It is a great filling drink that tastes great on its own but even better with Korean food.

Also, here’s my first post on my Makgeolli project with Vino Vargas where I explore different ways of making Makgeolli at home using different yeasts, longer fermentation and more!

Read my Ultimate Guide to Makgeolli post including my info on the ingredients and tastes of different commercial Makgeollis. You may also find the NY Times article on how this drink is gaining new popularity with many micro brewers in Korea.

BEST Makgeolli to USE for this recipe Is…

My favorite Magkeolli is this one from Kooksoondang Draft Makgeolli 국순당 생 막걸리. It is slightly sweet but has a good balance of flavors and also is full of live active cultures. And it worked great for this Makgeolli Margarita.

Can I add other fruit flavors?

Sure, but I would try my original version of my Makgeolli Margarita recipe first because Makgeolli is quite a mild drink so the flavors can get lost if you add too much fruit. You can also try using flavored Makgeolli instead.

What can I substitute for Cointreau?

Cointreau can be substituted with Triple Sec or even Grand Marnier.

Can I use homemade Makgeolli?

Of course!! Homemade Makgeolli will make a great margarita. Just know homemade Makgeolli is less sweet and strong in alcohol so you may need to adjust the recipe a bit by adding more syrup.

How to make Frozen Makgeolli Margaritas

How to make Makgeolli Margarita on the rocks

To make an individual serving of Makgeolli Margarita on the rocks, mix 1.5 oz tequila, 1 oz Cointreau, 1.5 oz makgeolli, 3/4 oz lime juice, 3/4 oz agave syrup in a cocktail shaker with some ice. Shake and mix the drink. Serve immediately in a margarita glass with a slice of lime on the rim. Coat the rim with salt beforehand if you want to serve it that way.

Other Makgeolli Recipes to try

If you have leftover Makgeolli and want to try some other recipes, make some Makgeolli ice cream! 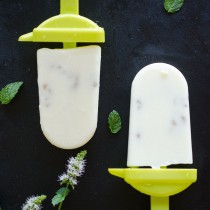 My Newsletter
Print
No ratings yet 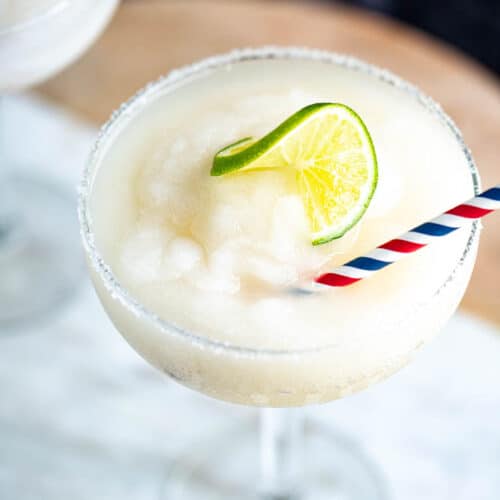 Author: JinJoo Lee
Course:Drinks
Cuisine:Koreanfusion
Keyword:makgeolli, margarita, summer
KoreanCategory:Eumryo (음료)
Did You Make This?I love seeing what you’ve made! Tag me on Instagram at @Kimchimari or #kimchimari and don’t forget to leave a comment & rating below!