Life is somewhat better now. The weather is also finally cooling down and I finally feel like cooking again. Yesterday was the first night in a long time where it was very cool and not so humid. Amazing how the weather affects your mood and appetite. For the last couple months, I really did not have much of an appetite (which is a VERY rare thing for me!!) which also meant I cooked very little. And so my blog suffered…sorry folks..

Everything is WARP speed in Korea. You order something on the internet and the default delivery time is 1 – 2 days. You call the apartment office to fix something in the house and someone will come within the same day or the next. I went to the office to ask for a replacement key to our trash chutes- yes, we have to a personal RFID key to open the various trash bins (one for food and one for general) – and the lady was very apologetic in saying that I won’t get the key until 3 days later because the person in charge was on vacation.

A whole apartment or a store can be fully remodeled in just a few weeks (which would take months in US). I even heard my sister say that she was expecting to completely rebuild her recently bought single family home into a 3 story house in less than 6 months. After watching Koreans work, I have to say that they are on the average very efficient and always work hard to improve the throughput.

Everything is small in Korea. Now, I can’t say that things being small is always a bad thing. But coming from US where ‘bigger is better’, I keep getting blindsided by how everything is small here. First I had to deal with the smaller apartment including a tiny kitchen (which everyone here says is big for Korea standards). I knew I was coming to a small space and tried to downsize as much as possible but I still had a hard time fitting things into my kitchen. Even the pots and pans are too big for the small gas range I have here. It has 4 burners but I can’t fit all 4 pots at once. Next, parking spaces. OMG. Quite often the spaces between cars are so small that you can barely squeeze out of your car once you are parked. Did you know that in very tight spaces, you have to park rear end first because otherwise it’s almost impossible to get out later? I’m proud to say that my parking precision has improved by leaps and bounds now but I still feel very stressed when I think about parking in small underground spaces.

The obvious reasons for things being small (especially with things that take up space) is that Korea is a small country and especially Seoul has just too many people living in it. So space is an ultimate premium.

Besides dealing with the weather, I was also stressed and quite overwhelmed by all the things I had to re-learn to do (pay bills,  use the ATM, order online, visit doctors, etc).  So my husband suggested a short weekend trip for a quick get-a-way. But we didn’t want to leave our dog behind so I searched online for Dog Pensions (similar to B&Bs but sometimes no breakfast) and was surprised to find many pensions that catered specifically to dogs and their owners. The one I found was nestled deep in the mountains of Kangwon Province in Pyeongchang. Nothing really extravagant but very clean and cute. There was a small stream that ran in front of the grounds and you can hear the water all day long – thus the name 하늘자락물소리 (Haneul Jarak Moolsori) which means “the sounds of the water at the sky’s end”. The combination of the sounds, the green fields and trees were so so peaceful.

But being this secluded also meant you were a bit away from the nearest town so we did what most Koreans love to do when they go on vacations – BBQ some meats/veggies and have some rice and ssam with it.

Ssam was especially an attractive option because the pension had a mini veggie garden where we could pick lettuces and green chili peppers right from the garden for ssam.

So here’s all you need to make a beautiful yet ultra simple Korean BBQ ssam dinner – almost no cooking required except for the rice. You just need a good grill.

Kkaetnip jorim (깻잎 조림) can be bought from a can and is surprisingly good with unseasoned grilled meats – it really cuts away any greasy taste while bringing out the meaty taste of meats!So next time you don’t feel like cooking, just get some nice meats for grilling and some ssam stuff and enjoy a fabulous meal!!

P.S. Here is the pension house and our dog Coco swimming for the first time in their doggie pool. 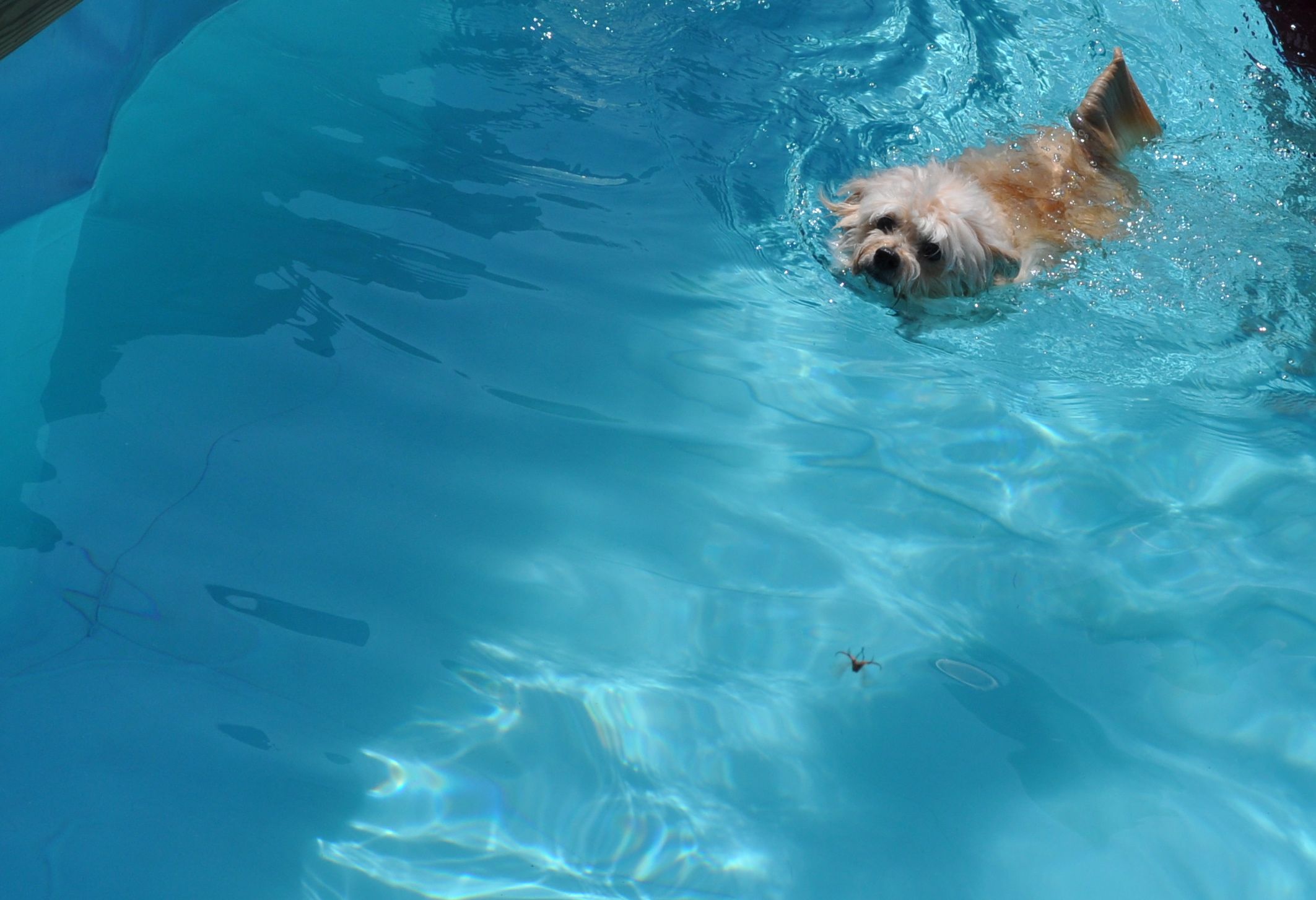